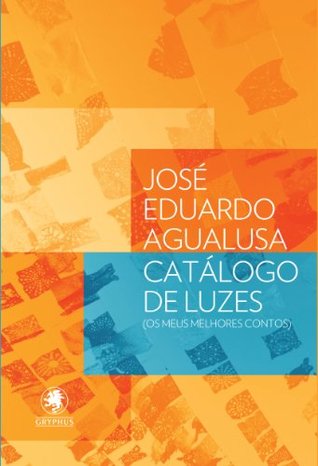 José Eduardo Agualusa (Alves da Cunha) is an Angolan journalist and writer born to white Portuguese settlers. A native of Huambo, Angola, he currently resides in both Lisbon and Luanda. He writes in Portuguese.He has previously published collections of short stories, novels, a novella, and - in collaboration with fellow journalist Fernando Semedo and photographer Elza Rocha - a work of investigative reporting on the African community of Lisbon, Lisboa Africana (1993). He has also written Estação das Chuvas, a biographical novel about Lidia do Carmo Ferreira, the Angolan poet and historian who disappeared mysteriously in Luanda in 1992.

His novel Nação Crioula (1997) was awarded the Grande Prémio Literário RTP. It tells the story of a secret love between the fictional Portuguese adventurer Carlos Fradique Mendes (a creation of the 19th century novelist Eça de Queiroz) and Ana Olímpia de Caminha, a former slave who became one of the wealthiest people in Angola.

Um Estranho em Goa (A stranger in Goa, 2000) was written on the occasion of a visit to Goa by the author.Agualusa won the Independent Foreign Fiction Prize in 2007 for the English translation of his novel The Book of Chameleons, translated by Daniel Hahn. He is the first African writer to win the award since its inception in 1990.(wikipedia)