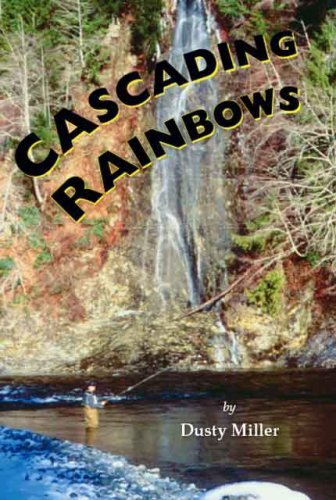 Not just a bunch of fish tales, more an illumination of incidents within and around going fishing. Such as...Oh great, I thought. Here I am, about to float through the valley of the shadow of death in an inflatable pontoon boat, with froggy little native boys lurking about with pointy poison sticks. I must say, my enthusiasm for drifting the river deflated slightly at the thought of playing pincushion or by having the air let out of my floats.Or the likes of...Human pyrogenesis is an awesome natural spectacle, or so I have been told.

I have never witnessed this phenomenon first hand, but have come close to it when I have unintentionally lighted myself on fire... Twice.The first time it happened was when I went to light the kids Halloween jack-o-lantern. I quite absentmindedly stroked the wooden safety match forward along the abrasive strip on the side of the matchbox. As I did so, a minuscule flaming shard of sulfur flew off from the match tip on a spiraling rearward trajectory, which ended up touching down in my lap. Normally an event of this kind goes largely unnoticed as no damage accrues.

However, this particular time I was wearing my new cotton/polyester blend terry cloth robe. It took a mere microsecond to ignite the fine fuzz covering the unwashed fabric. I gawked in disbelief as a ring of clear-blue flame spread upward toward my chest.

The same way a flame follows gasoline fumes along the ground around a wet bonfire pile liberally doused with that liquid fuel, though in a slow motion kind of way. No real harm done, though, as I was able to suppress the conflagration by beating on my chest, while hollering in my best Tarzan imitation.Enjoy!