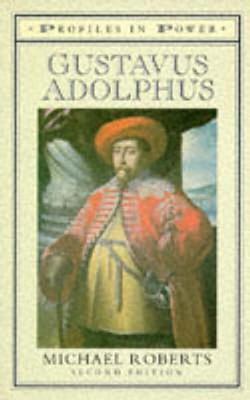 His dazzling career, brought to a premature end on the battlefield of Lutzen when he was still well short of forty, is an obvious subject for treatment in the Profiles in Power series. Michael Robertss magisterial two-volume study of Gustavus Adolphus was published by Longman in the 1950s. It is still the standard biography- but from the very outset its monumental scale put it beyond all but the most serious student of the age. In 1973, to meet the need for a concise account of the subject designed for students and general readers, Professor Roberts published Gustavus Adolphus and the Rise of Sweden.

It has itself been unavailable for some years, and the need for a short authoritative book in English on Gustavus Adolphus is again pressing. That earlier book now forms the basis of the present volume, and is issued under the Longman imprint for the first time. Professor Roberts has revised and expanded the text to take account of work that has appeared on the period since 1973, and to fit it to its new series context. The bibliography has been updated, enlarged and modified. Intended for those who dont read Swedish, it indicates the increasing number of Swedish-language works that are published with an English summary.

The entire work has been redesigned and reset. Its essential purpose, however, remains as before:to make accessible to a non-specialist readership the large and complex fields of action in which Gustavus and his chancellor Oxenstierna played so conspicuous a part- and to bring them alive as human beings. In both these aims it triumphantly succeeds. Its appearance, reuniting P